Is United A Good Airline? 14 Things To Know (Pros & Cons) 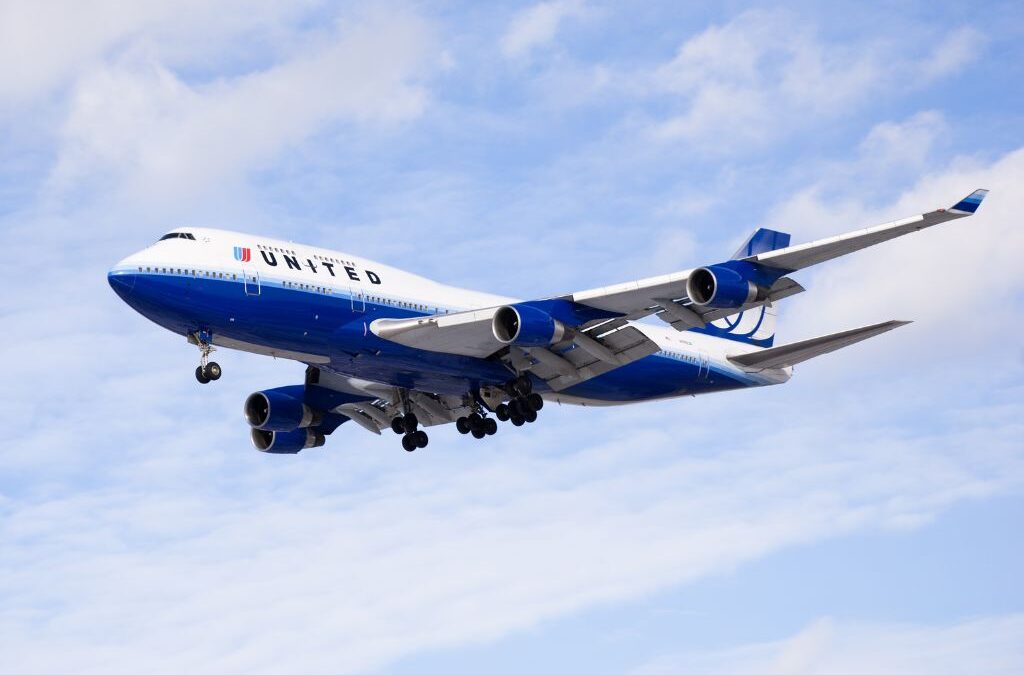 United Airlines is the oldest-tenured airline in the US and the third-largest airline in the world.  They are a three-star airline with service to hundreds domestic and international destinations.  In this post, we’ll look at the pros and cons of United Airlines and determine if they are a good company to fly with!

United dates back to 1926. The airline began as Varney Air Lines, which offered chartered mail flights.  United Airlines was later bought out by Boeing, and then merged with Continental Airlines.  They are part of the Star Alliance Partnership Program, along 25 other airlines, including Lufthansa, Air Canada, Air New Zealand, Copa, and Avianca.

Ready to book your next flight?  Take a look at the best flight prices here.

United is a good choice if you’re looking to save money on international flights.  They also have great Polaris Business Class perks and pretty good in-flight amenities.

For example, United offers personal device entertainment, snack and beverage service, and meals for in-flight purchase.  But is United a good airline?

Here are fourteen things to know about the pros and cons of the airline.

Is United A Good Airline?

Flies To Many Destinations In The US & Internationally

No Weight Restrictions On Carry On Baggage

United Is A Safe Airline

Is United A Good Airline?  Pros

1. Flies to Many Destinations in the US & Internationally

United Airlines and its Star Alliance partnership program collectively offer flights to an impressive number of destinations both in the US and internationally.  United has flights to 229 domestic destinations.

2. No Weight Restrictions on Carry-on Baggage

Another pro of flying United Airlines is that there is no weight restriction on carry-on and personal items.  It takes a lot of stress out of traveling with carry-on baggage only.

Keep in mind that you must be able to lift your carry-on into the overhead bin yourself.

United has one of the best personal device entertainment systems among airlines.  Although you have to have your own phone or tablet to take advantage of this perk, this isn’t a problem for most people.

You have to download the app ahead of time, and make sure you have earbuds so you can listen privately.  Although watching on a phone screen isn’t amazing, the selection of movies and TV shows is pretty good.

United’s “entertainment menu” varies month to month.  This is handy if you fly often, or have multiple long flights a few months apart.

United also offers seat-back entertainment systems on most of their flights.  Depending on the age of the aircraft, they may have movies and TV shows in up to 15 languages.

On some flights, free earphones are included.

Their United Polaris Business class is highly rated and only available for select guests on select flights.  The lounges have showers and rest stations, buffets, and custom dining experiences.

Polaris lounges are available at their main hubs, and offer daybeds with white noise and soft lighting.

Once on the flight, Polaris Business members enjoy large comfortable reclining seats in private pods.  They can also request mattress cushions, and sleep in bedding designed by Saks Fifth Avenue.

During the flight, Polaris members get a three-course meal and complimentary beverages (including both alcoholic and non-alcoholic selections).

Amenity kits are provided to Polaris business class members and include noise-reducing headphones, earbuds, skincare essentials from Sunday Riley, cozy slippers, and an eye mask.  If a Polaris member’s flight is 12 hours or longer, they can also request pajamas.

Depending what time members arrive at their destination, they may also get an arrival dining service.

That’s quite the royal treatment, right?

One of the biggest perks of the United Mileage Plus reward program is the ability to include stopover and open-jaw flights for zero extra miles.

Stopover flights are layovers that last longer than 24 hours, allowing you to enjoy an extended stay in that city.

Open-jaw flights are when you fly into and out of different cities.  For example, you might fly into Stockholm, but fly out of Zurich.

Depending on how strategically you create your itinerary, you can get certain segments for free… which can translate into decent savings.

United offers one free stopover and up to two open-jaws per round-trip booking.

As Million Mile Secrets explains it, “Let’s say you’re traveling from Chicago to London.  You could stay in London as long as you want, before perhaps flying to Kenya for a safari.  You could then fly between Kenya and South Africa for zero miles, as United gives you a free stopover in the middle of your round-trip itinerary.  This flight from Nairobi to Cape Town generally costs 19,500 miles!  You won’t find this flight for less than $380, so that’s a nice savings.”

This will save you a lot of frustration.  It’s a big bummer to watch your miles expire before you’ve accrued enough of them to use!

Not only that, you can use AMEX miles to book United Flights through some of its Star Alliance partners, with a chance to save even more money.

One good thing that came of the pandemic was that many airlines eliminated their change fees.  United was no exception.

United offers travelers more flexibility now that they’ve permanently eliminated most change fees for domestic flights, as well as international flights between the U.S. and the Caribbean or Mexico.

The “no change fee” applies to Economy, Economy Plus, United First, United Business, and United Premium Plus tickets.

Keep in mind, this only applies to text messages.

WiFI is also available for select activities on United Flights.  You can pay for WiFi plans while you’re on board as well.

10. United Is A Safe Airline

United has a 7/7 safety rating according to Airline Ratings.  This rating is given based on crash records, IATA Operational Safety Audit Certification, and information from the World’s Aviation Governing Body.

United Airlines, like most airlines, have had several incidents, but they are a pretty safe airline choice.

They are also starting to phase out some of the older 757 models and replacing them with Airbus aircraft such as the A321XLR, which are highly rated for their safety.

As far as incidents go, on September 23, 2022 a United flight to Sao Paulo, Brazil experienced a mechanical issue.

The Boeing 777-200 released sparks shortly after takeoff. It remained in the air in order to burn fuel, then landed safely 88 minutes later.

Most incidents haven’t resulted in any injuries or death.

Is United A Good Airline? Cons

Since United Airlines uses a mixture of old and new aircraft, some of their entertainment systems are outdated and vary widely by flight.

This won’t be a problem if you’re using their personal device entertainment system.

However, if you are relying on their seat-back entertainment, you may be disappointed.

Some international flights may not have seat-back entertainment may offer a less varied selection.

If you’re looking at reviews for legroom and seat comfort on United Airlines flights, you may be confused.

The reviews can vary widely.  Part of the reason for this is because United uses both old and new airplanes.

Your experience can be drastically different from one flight to the next.

However, the seat width and the pitch (the distance between your seat and the one in front of you) is generally pretty standard.

Most United seats are 17 inches wide with a 31 inch pitch.  That’s not great.  It means that long flights in Economy class can be pretty uncomfortable.

If you want extra legroom, you’ll have to pay for the privilege.

Another con of flying with United is that checked bags aren’t included in Economy class.

If you have checked bags, you’ll have to pay $35 for one bag and $45 for an additional bag.  The weight limit per bag is also only 50 pounds.

If you are flying premium class, however, you can take up to 70 pounds in your suitcase.

If you look at reviews of United Customer Service, you’ll find a confusing mix of people.

Some are delighted with the customer service and others are completely disgusted with it.

United has a loyal customer base, but there are also people who are unhappy with the service they got through this carrier.

Booking, cancellations, delayed flights, and lost baggage are the most common complaints.

Many customers weren’t satisfied with the solutions United offered, or found the process of communicating with Customer Service difficult and frustrating.

Others complained about the variability of amenities across United flights.

As one customer put it, United is great unless something goes wrong, then it could mean a lot of hours on the phone and frustrations.

That said, several reviewers mentioned specific staff who went out of their way to be friendly and helpful. 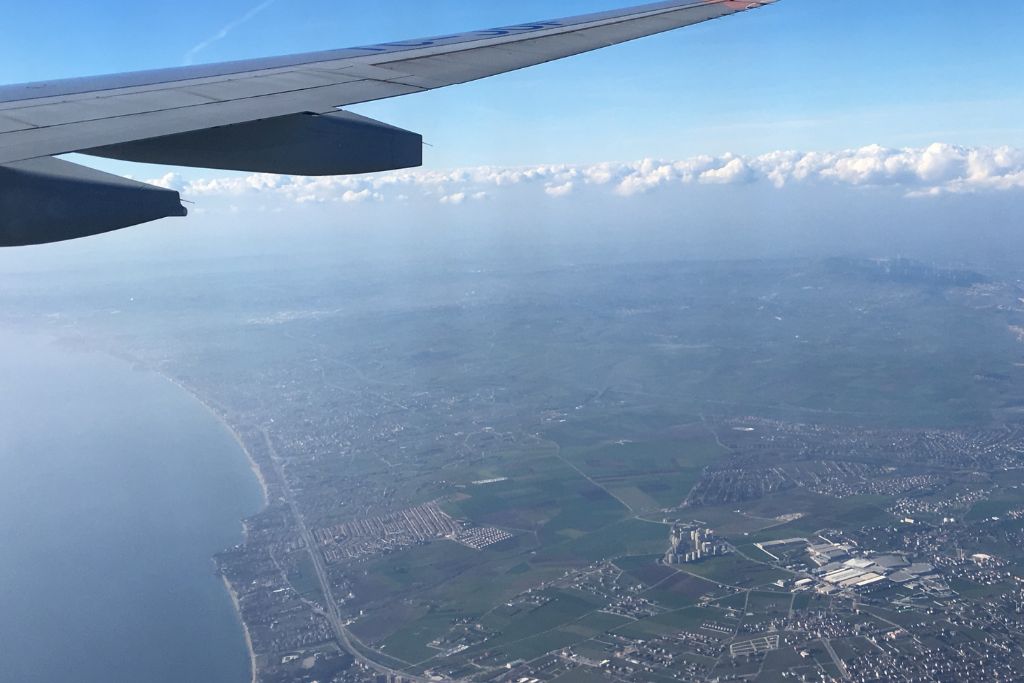 Is United A Good Airline?

As you can see, United has some good perks.  This airline offers a wide selection of flights, and pretty good rates, especially for international flights.

Since they have several major hubs, you can find flights to a wide variety of destinations.

United also has pretty good personal device entertainment system.  This will give you a wide selection of movies and TV shows to choose from while you wing from one place to another.

However, you should keep the cons in mind when you are booking.  Be sure to review United’s policies so you know what to expect if something goes wrong.

It may be worth upgrading from Economy so you have more leg room and can board the plane earlier.   Upgrading may also give you access to included checked baggage.

Prepare yourself to be flexible when it comes to the in-flight amenities, as the age of the aircraft can change your flight-to-flight experience dramatically.

Looking to see what other airlines have to offer?  Go here to see my post on the pros and cons of Southwest Airlines.  You can also check out this post on Delta.

Ready to book your next flight?  Take a look at the best flight prices here.

Book Your Next Trip!  For Accommodations and short-term rentals, I recommend Booking.com as they are the best in the business when it comes to rates and places to stay.

To Book Activities- For activities, I suggest booking with Viator, they have thousands of 5-star activities to choose from!

Looking To Start Your Own Travel Blog Or Take Yours To The Next Level?

Check Out This Free Workshop!– I personally joined Scale Your Travel Blog in 2021 and my website has grown exponentially.

Keep Up On The Adventures!

From Florida, The Caribbean, and the Atlantic Coast, my goal is to give you ideas for the best beach vacations and experiences!

Read more about my travels here!

17 Amazing Things To Do In Seaside, Florida (+Best 30A Beaches)!

16 Things To Do At The St. Pete Pier And Nearby